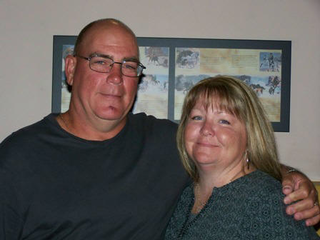 Tanz Spa was created in 2007 by a new Florida resident who fell in love with the area and saw a demand for an upscale spa with prices everyone could afford. After six months of sitting at "the drawing board" and construction, Tanz Spa
opened their doors on April 20th, 2008. It grew from a simple idea of only tanning into a full service salon & day
spa offering everything they could fit under the 2400sf roof! Tanz continues
to improve their spa atmosphere and services for our clients.

In May 2011, Mandy, the creator of Tanz had to move back up North for family, and decided to offer Tanz Spa for sale.
Tanz Spa was sold to Annette & Dan Webb, a fantastic local couple who had always had the dream of owning
their own business. Their daughter, Amanda, had been a client for a while and knew Tanz Spa was a gem.

Tanz Spa continues to grow to over 3,000 clients, and offers Hair Styling & Color Services, Massages, Facials, Peels, Nail Services, Waxing, Tanning, Spray Tanning, Infrared Sauna, Make-Up, and more! Annette & Dan are maintaining all policies, prices, and services that Tanz Spa has had since opening in 2008.  They have done a wide variety of improvements, remodeling, and updated equipment. Tanz Spa is becoming one the "best kept secret" of the central Florida area!

In the spring of 2020, COVID-19 hit right as we were ending our lease at our original location and beginning build-out of a brand new facility. We were forced to put our plans on hold with COVID-19 mandates, holds on construction and they city permit process, delaying the build-out until the Fall of 2020. We are so excited for the future at our new location now!
﻿We look forward to pampering you for years to come!﻿

October 2007 - The Day Our Lease Was Signed
﻿The space﻿ that is now Tanz Spa, has been many things over the years. When the lease was signed in October 2007, the space was most recently used as a pharmacy. It had been a tanning salon years ago, then a gym. Over a six month period, every inch was remodeled and built out to our customized layout. All new drywall, individual rooms, a custom ceiling, all new lighting, all new electrical, brand new flooring, and more was added to create what is now the relaxing oasis hidden in the heart of Orange City.